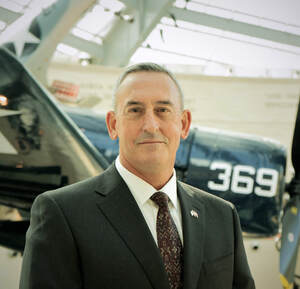 MajGen Lukeman recently retired after forty years on active duty.  The son of a Marine, he was commissioned through the NROTC program upon graduation from the University of Notre Dame in 1980. A career infantry officer, he was privileged to lead Marines serving at every level from platoon commander to the Commanding General of Second Marine Division. His non-fleet assignments included tours at Headquarters Marine Corps, the Office of the Secretary of Defense, U.S. Africa Command, and U.S. Forces Korea. “I am thrilled to have the opportunity to continue serving the Marine Corps with the Heritage Foundation,” said Lukeman.   “I look forward to building on the terrific work of MajGen Kessler and other Foundation leaders. Their remarkable achievements are an inspiration as we look forward to the future and what the Foundation can accomplish.”

MajGen Kessler joined the Marine Corps Heritage Foundation as the President and CEO in October 2018.  As CEO, MajGen Kessler advanced the understanding of Marine Corps history throughout the county and led the Foundation to expand the exhibits open to the public in the Museum, including opening the extension of the Legacy Walk exhibit. He also led the initiative to take the Foundation’s mission beyond the walls of the Museum with plans to launch a traveling art exhibit in 2021, and double the walkway in Semper Fidelis Memorial Park by adding one mile of new concrete pathway. Most recently, MajGen Kessler safely guided the Foundation through changes required by the COVID-19 pandemic to include the re-opening of the Museum’s restaurant, shop, event spaces and theater in accordance with mandated guidelines.

“I am honored to pass the torch to MajGen Lukeman,” Kessler said. “As we near completion of the Museum, we are at an important time in our Foundation’s history. MajGen Lukeman has had a distinguished Marine Corps career and we are looking forward to having him on board to lead the Foundation into the future.”