Friends of the National Museum of the Marine Corps

All donors who give between $5,000 and $99,999 are recognized as "Friends of the National Museum of the Marine Corps." Special recognition plaques within the Museum's Leatherneck Gallery will record and permanently recognize your generosity.

Take your place in Marine Corps history.
Recognition levels are as follows: 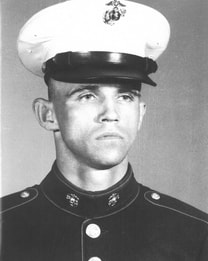 Cpl Bill Bogard had been a Devil Dog member since 2009 when he got a mailing that described how a fellow Cpl had included a legacy gift to the MCHF.  The message made Bill realize he needed to step up and do more because, he too, wanted to help pass Marine heritage on to future generations.  But Bill didn’t stop there -- he continued to “step up” when he became a Friend of the National Museum of the Marine Corps.

​Said Bill, “it’s a humbling experience to be a part of something that is forever.  I was awestruck when I walked into the Museum, it connected me to my past.  It made me feel even more proud to be Marine.  I hope that other Marines will relate to what I did and “step up and do more”.  ​ 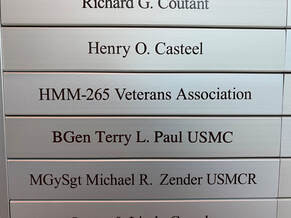 “We hope other Marine groups will be inspired to do the same,” said John D. Long, former President, HMM-265 Veterans Association, Inc. “Becoming a Friend of the National Museum of the Marine Corps is an ideal way to honor our legacy at the Museum while supporting the Marine Corps Heritage Foundation. The great support from our members made this possible.”
Want more information on becoming a Friend? Complete the contact form listed on this page and a staff member will be in touch soon. You can also reach us at info@marineheritage.org or 1.800.397.7585.