Return to Press Room
Medal of Honor Theater at National Museum of the Marine Corps to Reopen October 16
Triangle, Va. (October 13, 2020) – The Marine Corps Heritage Foundation is pleased to announce the reopening of the Medal of Honor Theater this Friday, October 16. There will be limited showings of We, The Marines for the reopening weekend, subsequently we encourage you to visit the Foundation’s website for the full listing of showtimes.

We, The Marines, the Theater’s signature film, narrated by Academy Award-winning actor and Marine Gene Hackman, immerses audiences in the unparalleled experience of joining and serving in the U.S. Marine Corps. The film follows the journey of Marines from boot camp to training, deployment and finally homecoming. The stunning film was produced specifically for the Museum’s state-of-the-art giant-screen Medal of Honor Theater.

The Foundation has made changes to the Theater based on state and federal guidance to create a safer environment for guests, volunteers and staff. Face coverings are required for all guests and staff over the age of two, three seats will be left between each group of viewers and new cleaning protocols have been put in place. 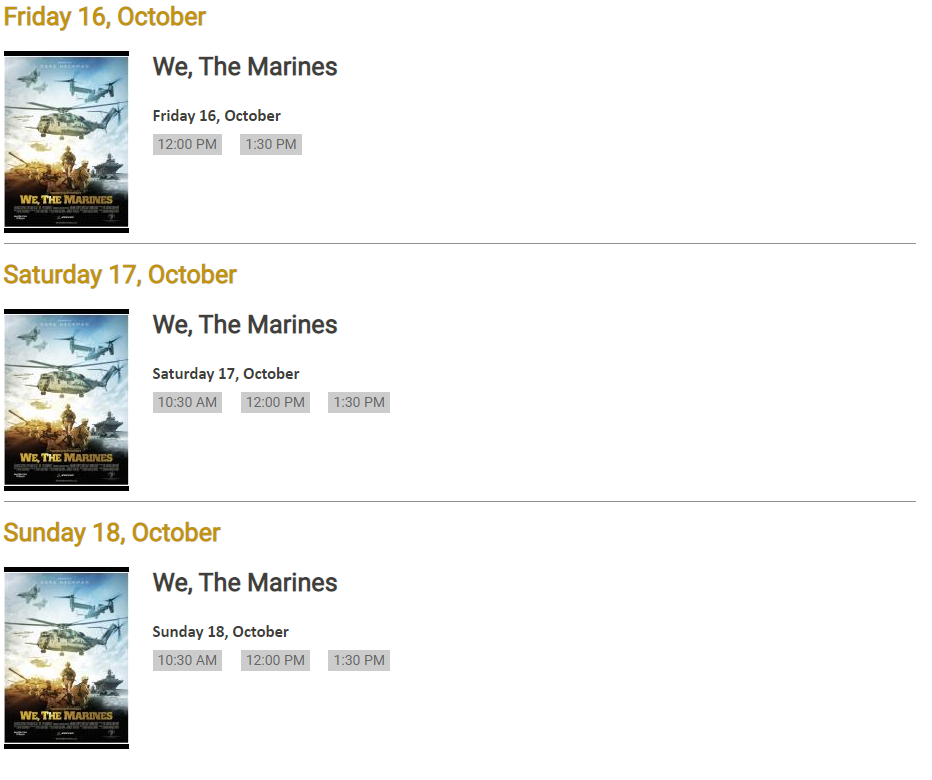