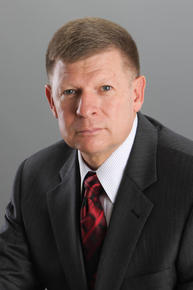 A native of Mountlake Terrace, Washington, Major General Kessler was commissioned a 2ndLt from The University of Washington in June 1980.  Following The Basic School and Ground Supply Officer’s Course, he reported to 1st Supply Bn, 1st Force Service Support Group.  Following this assignment, he reported to Marine Corps Base, Camp Butler, Okinawa, Japan where he served in the DSSC and then as an analyst with FSMAO-3.  Major General Kessler then attended the Amphibious Warfare School.  Upon graduation in 1988, he reported to 1st Tank Bn, 1stMarDiv.  While with 1st Tanks, he deployed in support of Desert Shield/Desert Storm.  Upon his return from Southwest Asia, he reported for duty as an Inspector with the Department of Defense Inspector General’s Office.

In 1993, he was selected to serve as the Aide-de-Camp to the Chairman of the Joints Chiefs of Staff, GEN John M. Shalikashvili.  After 2 years as the Aide, he was selected to attend Marine Corps Command and Staff College in Quantico, Virginia.  Upon graduation, he was reassigned once again to 1st Supply Bn, 1st FSSG where he was the OIC of the SMU.  In 1999, Major General Kessler assumed command of the Defense Distribution Center, Barstow, California.  Following command, he was selected to attend the Industrial College of the Armed Forces (now called the Dwight D. Eisenhower School for National Security and Resource Strategy), National Defense University.  Upon graduation in 2002, he was assigned as the G-4, 3d Marine Division, Okinawa, Japan.  During this assignment, he was also assigned as the J-4, JTF-555.

Major General Kessler was selected for command and assumed command of H&S Battalion, 3rd FSSG, serving concurrently as the Camp Commander for Camp Kinser, MCB, Okinawa, Japan.  While there, he was deployed to Sri Lanka as the Commanding Officer, Marine Logistics Regiment-2, Combat Logistics Group-Sri Lanka, JTF-536, Operation Unified Assistance in support of the tsunami relief effort.  Upon completion of his command tour, he was assigned to HQMC, I&L as the Executive Assistant to the Deputy Commandant, I&L.  He was promoted to Brigadier General while there and immediately reassigned to assume command of 2nd Marine Logistics Group, II Marine Expeditionary Force in May 2006.

In January 2007, he deployed 2ndMLG forward as part of II MEF forward and Multi-National Forces-West in support of Operation Iraqi Freedom.  After 13 months, 2ndMLG forward redeployed home in February 2008.  In April 2008, he relinquished command of 2ndMLG and assumed duties as Director, Manpower Management Division, M&RA.  In June 2009, he assumed command of Marine Corps Logistics Command (MCLC), Albany, Georgia.  In July 2011, he relinquished command of MCLC and was assigned as the Assistant Deputy Commandant, I&L (Facilities).  On 1 October 2011, Marine Corps Installations Command (MCICOM) was established and he became the first Commanding General, MCICOM concurrent with his Assistant Deputy Commandant duties.

Major General Kessler retired from the Marine Corps in September 2013.  Subsequent to his retirement, he was hired by DynCorp International to run the Logistics Civilian Augmentation Program (LOGCAP) in Kandahar, Afghanistan responsible for logistics support to the southern half of the country.  After 18 months in-country, he returned home and was hired by Logistics Management Institute (LMI) as the Vice President for Materiel Management Division.